I discovered Frank Schaeffer – film director and writer of Protestant background – when I read Sham Pearls for Real Swine, the book he wrote just before he converted to Eastern Orthodoxy (the early 90s). The ever increasing liberalism from Protestant and Roman Catholic Churches engaged him in a spiritual quest for “the true, sacramental Church”, “pillar and foundation of the Truth”, the only one that can “offer the body and the blood of our Savior”.
His upbringing made him sensitive to the art’s purpose: “to destroy, to build, and to redefine”, to be “uncomfortable” and – when it is of quality – to “tell the truth” and “be interested in everything”. Very much like the Bible, art “is not defined by a certain period” and it explores “immorality” and “immortality”. Like Christ Himself, art “comes to sinners in an imperfect world” and “only those who consider to be perfect do not love it”. In the arts there should be no difference between “secular” and “religious” subject matters, as “reality, like God, is one”. Christians now only come to produce art “outside the Christian ghetto”. The idea of making “Christian art” – as it is understood by today’s fundamentalists and Evangelicals (“the killers of art”) – is nonsensical. 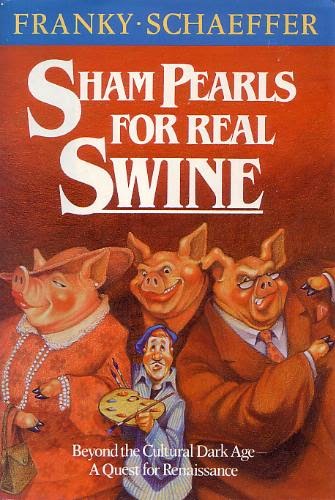 Church worship, says Schaeffer, should not be replaced by dilettante groups of mimes or guitar players. The Church, “the guardian of our souls and of certain nonnegotiable truths”, should only spread the Gospel in word and deed. Today’s Christian who searches for the truth should not be considered a “religious oddity”. He or she is a real human being who would rather swears when, carelessly, hits his or her toe, than pay lip service and say “Lord, help me!”. Pious evangelism and fundamentalism, whether it be Roman Catholic or (Neo)Protestant – says Schaeffer, causing a great deal of trouble – have compromised Christianity. No wonder the world now considers it absurd: it is so[1]. At the end of his quest for the Truth, Schaeffer embraced Eastern Orthodoxy because of its paradoxes and mysteries. His next book, Dancing Alone. The Quest for Orthodox Faith in a World of False Religions, focuses on his odyssey within both secular and Christian milieu. 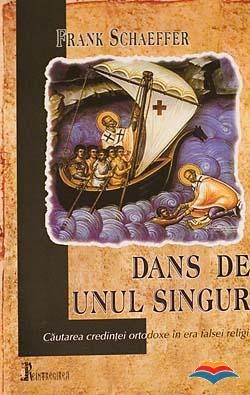 In 2014, Schaeffer publishes Why I am an Atheist Who Believes in God. How to Give Love, Create Beauty and Find Peace. Dedicated to his wife, Genie, this book is no less provocative. Some editors considered it “too secular”, while others thought it was |too religious”. Not wanting to make any changes, the author self-published it. Schaeffer’s testimony is a homage to the memory of his parents as well[2].
On the plane that flies him back home from his mother’s funerals, Schaeffer meets Camilla, an opera singer whose Protestant (Evangelical) background reminds him of distinct shadows from his past. “Mom sent me Camilla,” and “Mom is dead and so can’t send anyone, anywhere” – are his first contradictory, and paradoxical thoughts. His testimony is built on them. Schaeffer’s paradoxical thinking helped him understand that “religion is a neurological disorder for which faith is the only cure”. Faith is paradoxical, too. “I believe and I don’t believe.” A new category should be invented – a term to acknowledge life’s paradoxical dimension of which theism, atheism or agnosticism know nothing about. Certain Orthodox theologians (Tertullian, Cyril of Alexandria) seduce him when they talk about “That which is infinite is known only to itself”. There will always be different “voices” in us. Our personality is split. We are inconsistent and vulnerable: today’s atheist is tomorrow’s zealot; today’s preacher is tomorrow’s atheist author. There is no “goodness” in itself. It is always defined in connection to something else. Yet, our experience of it – through consistent prayer – is the very point of creation. “I pray the Orthodox “Jesus Prayer”[3] off and on all day. As if I’m some sort of religiously demented Tourette’s sufferer, it prays itself. I wake up with the words in my head, and I fall asleep as this ancient prayer plays in my brain.” 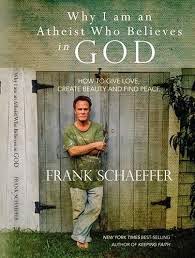 Schaeffer has two children who have long been on their feet, and five grandchildren. He is a kind and loving grandfather. He has been living with his wife since they were 17. He feels fulfilled, but his religious conversion has intrigued his atheist friends who do not believe in God. Schaeffer takes his grandchildren to a Greek Orthodox church. Not out of “firm conviction”, but merely to avoid any feeling of guilt he will be overwhelmed by if he didn’t. He doesn’t look for a legalistic “salvation”. He just wants to partake in the liturgical experience the consumerist and materialist culture of our modern times is so devoid of. Apart from that, his upbringing urges him to go to church on Sundays. Skeptics and atheists alike think he is a “religious oddity”, while his former Evangelicals friends considers him a “traitor” of God and his family.
Jesus “did not believe in the Bible” and – in fundamentalist terms – was a “rule-breaking relativist who wasn’t even “saved,” according to evangelical standards. Evangelicals insist that you have to believe very specific interpretations of the Bible to be saved. Jesus didn’t. He undercut the scriptures”. For Jesus we are all “a family”, therefore our claims to be loyal to the Abrahamic covenant, or , to or , are ridiculous. All the “sacred places”, passports, borders, empires (including the Russian one and the American one) are merely human inventions. In spite of Christian doctrine, says Schaeffer, we “continue to tie faith to doctrine, geography, nation, male prerogatives, homophobia and race”. Which is the Jesus’ “true teaching”? “Choose to evolve into a new and better animal!”[4] As Incarnated God, Jesus wants mercy, not sacrifice, co/suffering, not moralism. Jesus’ co/suffering love is “the best lens through which to reconsider God, or at least to reconsider ourselves”. Since Tradition teaches us that Jesus is God, why don’t we just act as if He is, rather than worship a book?[5] – wonders Schaeffer. 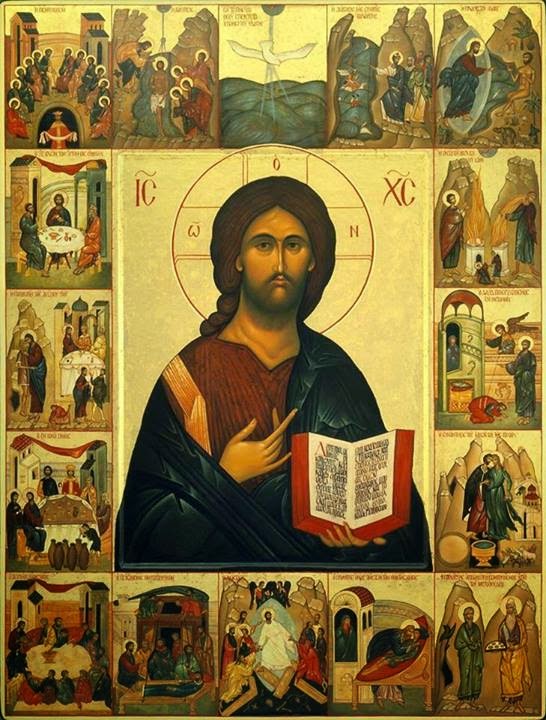 „Frank, God’s only in your head!”, his mocking, atheist friends tell him. And their Bible is The New York Times. Yet, Schaeffer keeps close to that spiritual beauty that feeds his  soul because “Jesus did that too. He criticized everything religious around him yet still participated in the traditional liturgical formal worship of his day even though it was led by hypocrites.” Going to church is, for Schaeffer, a means of “meeting God”, of sharing the same worshipping experience with people who  cherish the same “liturgical tradition” that feeds him aesthetically and spiritually. He isn’t up to find neither adrenalin, nor fun – American society, he says, offers all this in excess. All he wants is to make peace – with himself, with all the people he once hurt.
Each of us wants to break through. Schaeffer chose Eastern Orthodoxy because of „psychological” reasons. He desperately needed a change when he couldn’t bear the ultra-rationalistic mechanisms of the maddening “Evangelical machine”. He wanted to “disillusionize”, to experience salvation as a becoming into being. His Evangelical experience was like “swimming in a pool”, while Orthodoxy – which seduced him mainly because of its aesthetical dimension – looks like an ocean to him. Only here was he to find out, through paradoxical love, the only wall of defense against religious or secular fundamentalism  – „two sides of the same coin”.
Which is Frank Schaeffer’s creed? Life is not “a step to a better place”, it is the very “better place, here and now”. He can’t help noticing that “ritualized scapegoating has become the foundation of religion”. Not even this threat manages to undermine his faith, because he has a “secret weapon”: the joy that art, literature, and music bring to him. And, this above all, family life.


[1] Christos Yannaras, in Against Religion, shows that there is no connection whatsoever between the language of liturgical experience (the language of Orthodoxy), which is poetry, and moralism or cheap religious propaganda.
[2] Evangelical missionaries, Francis and Edith Schaeffer, very popular among (neo)Protestant communities .
[3] „Lord Jesus Christ, Son of God, have mercy upon me, the sinner.”
[4] Fr. Nicolae Steinhardt, author of Diary of Happiness: „Your are in Christ, you are a new creature”. For Steinhardt faith is „ a mystery and a paradox”, as described in Mark (9.24), „I believe, Lord, help my unbelief”.
[5] The honest Christian, says Schaeffer, has but two options: between becoming an ideologue and self-righteously choosing what to follow from the Bible.
Publicat de pseudokinematikos la 23:20 Niciun comentariu: 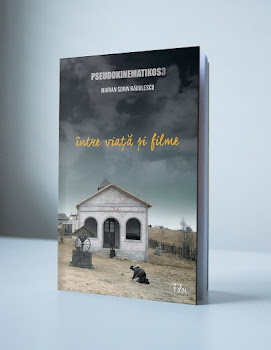 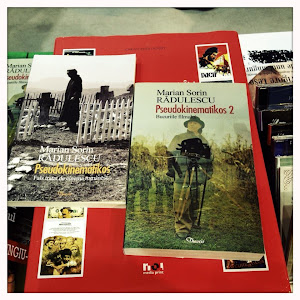 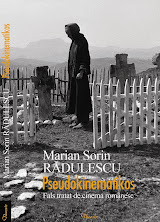